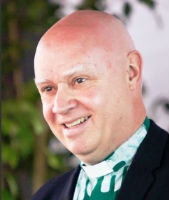 Dave and Anne have lived in Southall since 1991, where Dave served initially as curate at St John’s, then Priest in Charge of St George’s, before he and Anne jointly founded A Rocha UK in 2001 with the encouragement of the Bishops of London and Willesden.  Since 2011 Dave has worked with A Rocha international as Director of Theology.  Their four daughters, Hannah, Rebekah, Rosie and Naomi have all grown up locally and have attended Blair Peach Primary School in Southall and Twyford C of E school in Acton.

Dave will be continuing in his role with A Rocha International, so will be part-time as Priest-in-Charge of St Mary’s. Anne is currently training for Ordination and will be on placement assisting at St. Mary’s, before being licensed as Curate of St Mary’s after her Ordination in the summer of 2019.